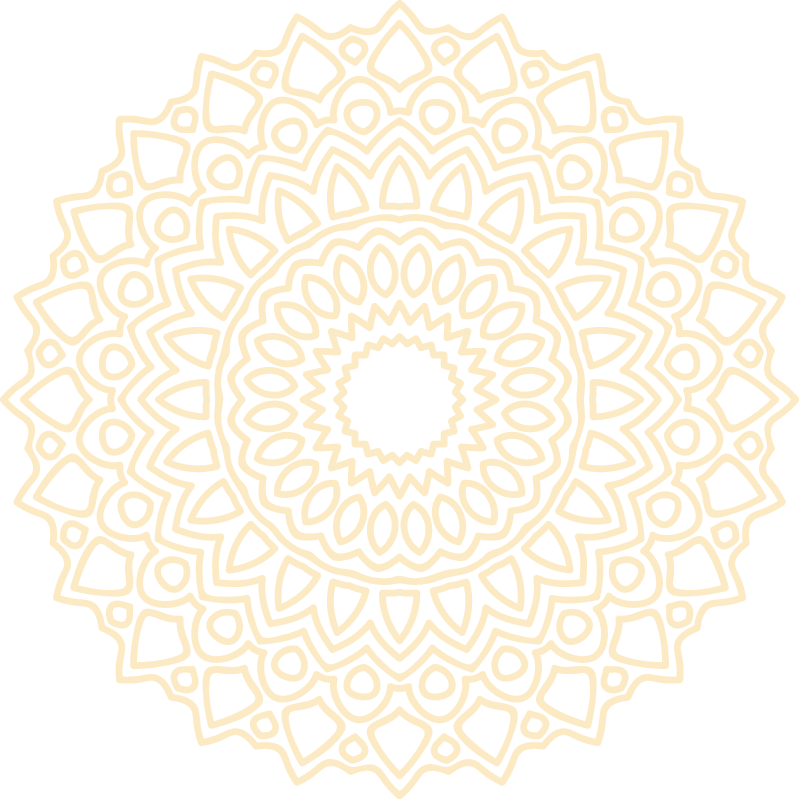 Vasant Lad brings a wealth of classroom and practical experience to the United States. A native of India, he served for three years as Medical Director of the Ayurveda Hospital in Pune, India. He was Professor of Clinical Medicine at the Pune University College of Ayurvedic Medicine for 15 years.

He holds a Bachelor’s of Ayurvedic Medicine and Surgery (BAM&S) degree from the University of Pune and a Master’s of Ayurvedic Science (MASc) degree from Tilak Ayurved Mahavidyalaya. Vasant Lad’s academic and practical training include the study of Allopathy (Western medicine) and surgery as well as traditional Ayurveda. Beginning in 1979, he has traveled throughout the United States sharing his knowledge of Ayurveda. In 1984 he came to Albuquerque as Director, principal instructor and founder of The Ayurvedic Institute. 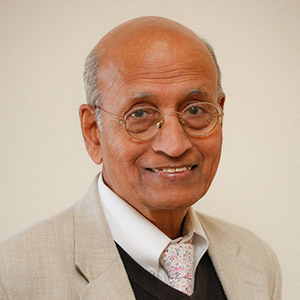 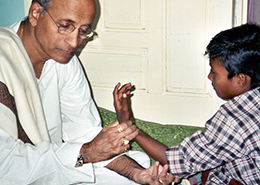 Introduction to The Ayurvedic Institute Facility

The Ayurvedic Institute was founded in Santa Fe, New Mexico in 1984 by Vasant Lad, BAM&S, MASc, Ayurvedic Physician. Since 1986, we have been based in the high desert country of Albuquerque, New Mexico at the foot of the Sandia Mountains. He began teaching in a single suite at our current location in 1986. Over the years, The Ayurvedic Institute has expanded to our current facility that includes three buildings totaling more than 12,500 square feet. The primary building at 11311 Menaul Blvd NE is a passive solar structure, housing the administrative offices, the bookstore, the herb department, the downstairs library, lounge and student kitchen and the main classroom of approximately 1,200 square feet, accommodating up to 60 students, as well as the Panchakarma Department.
The Panchakarma Department located adjacent to the main office provides the traditional cleansing therapies of Ayurveda for up to 8 clients per week. Our second building at 11401 Menaul Blvd NE houses our student clinic, education department, and publishing department. The third building is our newest addition located at 11405 Menaul Blvd NE that houses our Ayuryoga studio and new classroom where we also give seminars and intensives. 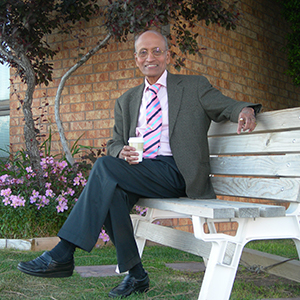 In the interview below, Vasant Lad tells us a story from
his childhood and then of his early years in the U.S.

The pathway of divinity: set upon his path

My guru was my father’s guru. My father used to wake up early each morning and do pranayama and meditation. When he would sit for meditation, in a cross-legged posture, there was absolute silence. People would whisper and walk slowly, so there was no sound from their feet. That was the impact of the peace that was coming from his meditation

Every day he would sit for his meditation and there was a very beautiful atmosphere. So one day I asked my Dad, “What are you doing?” He said, “I am doing dhyana.” Dhyana means meditation. Then I asked, “Anybody can do it?” He said, “Yes!” I said, “Can I learn from you?” and he said, “No, I am not authorized to teach you, but my guru comes here the first day of each month for three days. During those three days, whoever comes to him, he initiates them and gives each a mantra and meditation. Immediately, I said, “Can I get that mantra and meditation?” He said, “You will have to wait until next month.” I was maybe 9 or 10 years old, so I eagerly waited for his next visit. I continued my school, going and learning, but in the corner of my mind there was this constant waiting for the guru. On that day, the first of the next month, when he came to our town, I asked, “Dad, your guru has come?” He said, “Yes, and he is going to discourse on the Baghavad Gita. Would you like to come?” I went with my father and that’s a very interesting story. 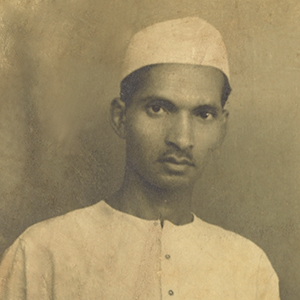 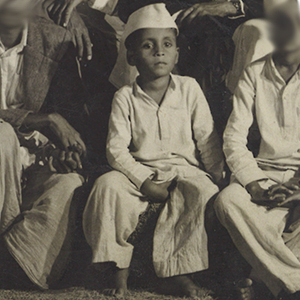 I sat right in the first row. It was a very small room, something like 10 x 20 feet, and there were maybe 60 people there. That room was completely packed! A man in his mid-70’s came. I was certain that the guru would have a long beard, matted hair, and some dhuti and rudraksha; that was my picture. I couldn’t see anybody that looked like that. There was just a simple, ordinary old man sitting on the platform. I whispered in my Dad’s ear, “Where is your guru?” He said, “That person is my guru!” “Oh, he looks like an ordinary man, anybody’s grandpa.” He said, “Wait. Listen to him.” And then the guru started giving a talk about the Bhagavad Gita. He was talking about yoga, and the types of yoga: Karma, jnana and bhakti. As he spoke, he was looking directly at me and I was looking directly at him; there was eye-to-eye contact as if he was talking only to me. He spoke for about one and a half hours. He totally blew my mind. I lost my sleep. For the whole night he was in my dreams, talking and talking.

The first day I listened, the next day I listened, and the next. Then I said to him, “I want initiation from you.” And he said, “Right here.” He whispered a mantra in my ear. Then he put his hand on my forehead and I felt the electrification and energy. And he said, “Oh, you will be a very good Ayurvedic student and teacher, and you will go abroad, to England, America and Germany. You will write books and you will teach people about Ayurveda.” I was completely surprised. I said, “I don’t even know English!” He said, “You don’t have to do anything. Just close your eyes and do your prayers and things will happen.” And really, that happened.
That was a profoundly beautiful experience of my childhood. I think that it is the mission of that divine master for me to come to the western world and start teaching Ayurveda, writing books and articles, and traveling and giving lectures, seminars and webinars. The inspiration and energy comes from that source. That’s why I always say it is the ‘speaker’; it is not me, it is his blessing.

Vasant Lad's Journey To The USA

In the 1970s, a gentleman named Lenny Blank came to Pune. He actually came to inquire about Robert Svoboda, who was a student at that time, but Robert was not there. So I introduced myself, offered him a cup of chai and some poha, and we started talking. We became quite good friends and he would attend my lectures. I was a professor of Ayurvedic Clinical Medicine and the Chief Medical Officer, which they call Medical Director, of the hospital.
He used to come to my clinic and attend my lectures; he was totally spellbound. He said, “Dr. Lad, this knowledge is very important. If you come to America, people there will love it.”
I said, “They are so advanced scientifically. They have gone to the Moon and put the American flag on the Moon. I have much love and respect for America, but they are quite advanced in modern science and Ayurveda is a 5,000 year-old science that must seem outdated. Why will they welcome me?”
He said, “No, you don’t understand. This is beautiful. People will like it. They need this knowledge.” And he was right. He sent me my plane ticket and I went to New York and stayed with him in a tiny apartment on East 11th Street. I would teach seminars there. Then we started traveling. From New York, we went to Chicago and Houston and then to New Mexico.
We were driving in his car; a small Volkswagen that was like a little, white bug. I would sit in the back, and he and his girlfriend were in the front. I would to sleep there in that tiny car. I saw all the seasons from the back seat of that car.
In Santa Fe, we visited the Santa Fe College of Natural Medicine. Dr Scott and Vivian were running the school. He liked Ayurveda and we became very close friends. His wife was a loving lady and wanted me to teach there. I did some seminars, but I was homesick. I told them I should go back to India, but they said, “Stay here and we will sponsor you.” They sponsored me and I began to teach regularly in their school. They had 200 students and the school was flourishing but it eventually closed.
Then I began teaching at the Institute of Traditional Medicine (ITM). In the evenings, people in the neighborhood would come to me for a consultation. I would treat them with simple herbs, such as cinnamon, cardamom, and turmeric and I became somewhat famous in Santa Fe. I even had clients coming from Albuquerque.
Over time, I realized that I was homesick and wanted to go back home. I was alone here, without my family. Additionally, Santa Fe was very cold, being more than 7,000 feet above sea level. I was very nervous and anxious, so my family came over. My children were small and it was still cold in Santa Fe. Then ITM closed and I interpreted that as a message to start my own school.
Because Santa Fe is at such a high altitude and people feel breathless there, there was much discussion about where to locate the school. Then Jim Skilling, a dear friend who lived in Bernalillo, said, “Dr. Lad, you have started your foundation here in New Mexico. You should move to Albuquerque. It is 10 degrees warmer than Santa Fe and the airport is close.” That was becoming quite important, because every weekend I would fly to another city to give a seminar or workshop. Because of these considerations, we ended up in Albuquerque and The Ayurvedic Institute was established here.
When I first came to America, it was a culture shock. In those days, there were no Indian grocery stores, so no Indian spices or Indian foods were available. We had to manage by going to the co-op and buying whole wheat flour and cinnamon, cardamom and so forth. Usha used to make chapatis and people loved them, so much that she would sell them to the students. In this way we started our journey and, although it was difficult in the beginning, with the grace of God and the grace of people’s love, the Ayurvedic Institute was established in Albuquerque, New Mexico.

Play Video
Directed by Jeremy Frindel (One Track Heart: The Story of Krishna Das), THE DOCTOR FROM INDIA is the fascinating story of Vasant Lad’s mission to bring the ancient healthcare system of wellness called Ayurveda from India to the West in the late 1970s.

In this meditative, immersive portrait, with interviewees including Dr. Deepak Chopra, Frindel documents the life and work of  Vasant Lad who, fulfilling his destiny as foretold by his family guru, became a holistic health pioneer. Although Ayurveda was almost unknown when he first arrived from India, Vasant Lad helped to bring Ayurveda to the west, where it is becoming one of the most prominent alternative health systems in the world.

The Doctor from India premiered at the Santa Barbara International Film Festival on Friday, February 2. It has been shown at film festivals and theaters around the world. For a synopsis of the film, promotional materials and a downloadable copy of the film poster, visit Zeitgeist Films. This is a Zeitgeist Films release in association with Kino Lorber.
If you have questions for us about the documentary, you can call us at (505) 291-9698, Ext. 120. 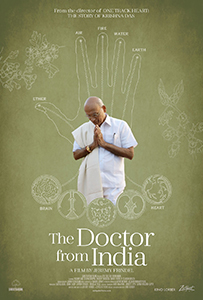 Buy Copy
Buy Soundtrack
Check HERE for screenings in the US or to host a screening in your city!